...That’s what your congregation will say after you improvise a tranquil piece in his style.
Who is Flor Peeters?  Flor Peeters (1903-1986) was a Belgian organist, composer, and teacher.  His compositions (most of which are for organ or accompanied choir) are influenced by Gregorian chant and modal harmony.  As an organist, he toured the world.  As a teacher, he educated hundreds of organists in his country, as well as in the U.S. during yearly master classes.  He wrote a three-volume organ method, in addition to the well-known Little Organ Book of 1957.  He's even featured on a Belgian postage stamp!

So, how can you improvise a timeless organ interlude in the style of Flor Peeters? Here are a few tricks!


1. Play a series of parallel 5ths with your right hand.  Make the melody diatonic. 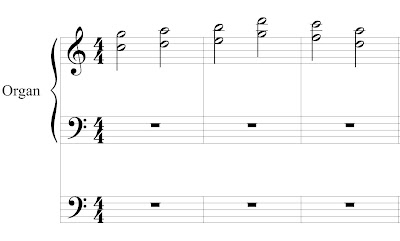 2. With your left hand, “fill in” the empty 5ths with 3rds to make major chords, but transpose the 3rds down an octave so your hands do not overlap. 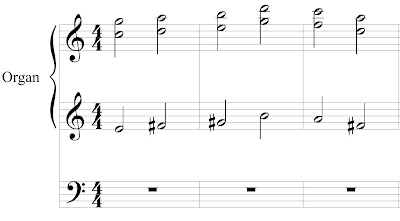 3. Add a slow-moving, modal pedal line.  The notes can act as “tonal centers” (the chords in your hands gravitate around them), or they can be more independent. 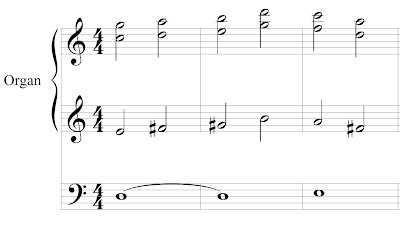 Once this becomes routine, you can thicken up the texture using this trick:

1. Keep playing a slow-moving pedal line.
2. Play a series of parallel 5ths in both hands.  Instead of simply doubling the notes, the right hand will play its perfect 5ths beginning a 6th above the left hand’s highest note. Keep the notes in both parts primarily diatonic, but do alter any notes that would create diminished 5ths in the hands.  You are essentially creating a series of parallel, non-dominant seventh chords in the hands. 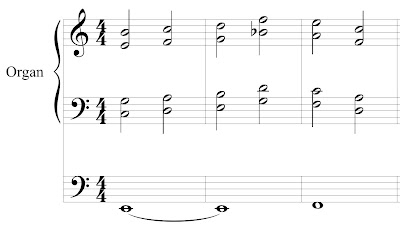 The technique, often called “planing,” is nothing more than projecting a series of parallel tonal (diatonic), “real” (fixed), or freely-chromatic harmonic blocks.  It’s often used in music with monolinear textures, and you’ll find it abundantly in the compositions of impressionistic composers like Claude Debussy.  (Debussy also has a postage stamp.)

Of course Flor Peeters uses more than just this technique, but improvising in this manner will help you evoke soundscapes similar to his meditative style.  Happy planing!